Passing of a Lady 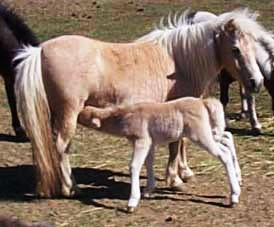 06/12/83-04/29/09 R.I.P.
Stouts Ladybird left us today for greener pastures over the Rainbow Bridge.  Lady as we've known her for the past nine years was a wonderful Miniature broodmare.  She embodied all the great qualities anyone would want in a Miniature horse - fabulous disposition, intelligence, easy keeper, robust healthy, excellet broodmare all this wrapped up in a gorgeous true golden palomino package.
A daughter of Montanas Misty Moon out of Fishers Lady Sorrel, Lady contributed her genetics over the course of her breeding career, producing sixteen foals.  Her last foal -  daughter, Wesco Farms Ladys Swan Song - we still have and she's on the short list for never going anywhere!
I had originally purchase Lady and then another daughter of hers (Sunshine) as a replacement for Lady as I loved what this mare produced and how she produced them.  Unfortunately, we found out Sunshine prior to coming to us had suffered froma severe dystocia and was infertile (she now has a job as a driving mare!).  Lady had three colts while here, and we made a pact/promise that her last foal if it was a filly she could keep with her forever.
Lady apparently agreed to that, producing her Swan Song (sired by Samis Roger Rabbit), a lovely perlino filly.  Her and Swan were constant companions for well over two years, in fact she nursed Swan until she was 18 months old!
The majority of her foals are attributed to other breeders, so I don’t know their whole history, but many have been in  well known breeding programs across the country.  I do know our Swan’s full sibling, Artie (Wesco Farms Artful Roger) is in Japan, and another son, Bullet, received a Top Ten driving at the Nationals.
Over the past few months it has been noticeable that Lady really was, for want of better words, tired and slowing down.  We have another 26 year old (Pences Tina) that still cycles and flirts with stallions, while Lady has been sleeping and laying down more than she normally ever had.  I felt we were counting her months or weeks if not days, so we were hoping for a peaceful end to her time here or an obvious sign she was ready to go.
Up until today she’s maintained good weight, and been bright and alert – just noticeably slower.  Over the weekend I told my husband I think she’s near the end.  We’d find her away from her pasture-mates (of the last 20+ years), sleeping or laying down, just dozing at odd times.  This morning she seemed a bit disoriented but went to eat with the rest of her buddies.
When we came home a few hours later she was down were we’d last seen her eating.  We raced out to her, only to find the essence that was Lady already gone.  She was still breathing, but she wasn’t responsive and didn’t seem to know or care we were there.  We called UC Davis and they had a team out within a half hour.  We said our good-byes to one of the matriarchs of our breeding program this afternoon with heavy hearts, yet knowing she’s going to a better place.
Here are a few of her foals that we've known -
Wesco Farms Rogers Lady Swan Song 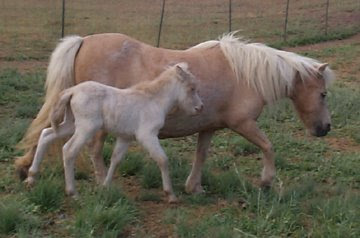 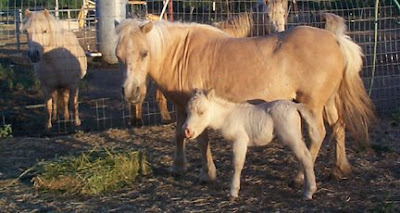 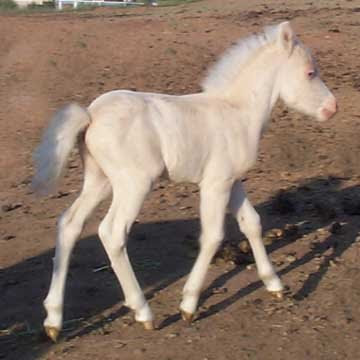 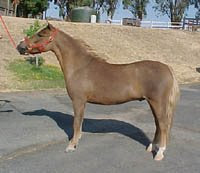