The Seven Stages of Aging on Horseback......

Stage I:  Fall off pony. Bounce. Laugh. Climb back on. Repeat.

Stage 2:  Fall off horse. Run after horse, cussing. Climb back on by shimmying up horse’s neck. Ride until sundown.


Stage 3:  Fall off horse. Use sleeve of shirt to stanch bleeding. Have friend help you get back on horse. Take two Advil and apply ice packs when you get home. Ride next day.

State 4:  Fall off horse. Refuse advice to call ambulance; drive self to urgent care clinic. Entertain nursing staff with tales of previous daredevil stunts on horseback. Back to riding before cast comes off.


Stage 5:  Fall off horse. Temporarily forget name of horse and name of husband. Flirt shamelessly with paramedics when they arrive. Spend week in hospital while titanium pins are screwed in place. Start riding again before doctor gives official okay.


Stage 6: Fall off horse. Fail to see any humor when hunky paramedic says, “You again?” Gain firsthand knowledge of advances in medical technology thanks to stint in ICU. Convince self that permanent limp isn't that noticeable. Promise husband you’ll give up riding. One week later purchase older, slower, shorter horse.

Stage 7:  Slip off horse. Relieved when artificial joints and implanted medical devices seem unaffected. Tell husband that scrapes and bruises are due to gardening accident. Pretend you don’t see husband roll his eyes and mutter as he walks away. Give apple to horse.


Changed this just a little......
Posted by Unknown No comments:

Life has been busy the past few weeks, add to that sleep deprivation waiting on pregnant mares that seem to be crossing their legs... tired!!

Last week we had two boys gelded, Grosshills Littlemans Anticipation and Wesco Farms Shadowstep (McLuvin) with UC Davis out to do the deed. 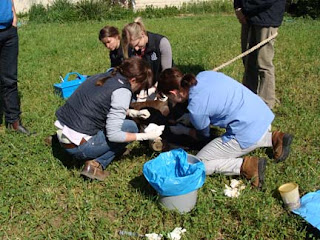 UC Davis vets and students with Little
It was noted that Little at age 15 we definitely well endowed!  There was a student visiting from Norway that gelded McLuvin and he took a ton of photos - I hope good ones if he's going to share them back home!  Good group of students/teachers. 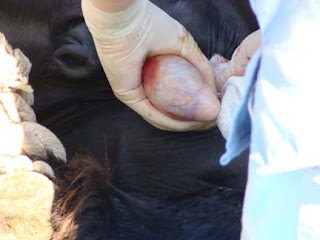 Little, talk about a handful!
Both are recovering well and Little doesn't seem to notice he's NOT a stallion yet.  Counting the days, weeks until he does!  We're hoping to see if he remembers how to drive, as he was trained years ago.  So, may have a driving gelding!


UCD also examined Callita's eye, and it's still inconclusive without biopsy and testing to determine if it is cancer and what type.  The recommended work up ran from remodeling her eyelid (very $$$) to eye removal ($800).  I told them the remodeling sounds good, but she's 23!  We're hoping the eye meds and topical cream may prove it isn't cancer (white face and no pigment around one eye), if so, then it's a management thing to keep her comfy.  Otherwise, Callita may lose the eye, just not to have the irritation and the constant drippy eye.  We should know in the next couple of weeks, what will be happening with that.


We also finally had Tomas out and are caught up on overdue trimming.  Between the weather and the flu, three missed appointments and some of the mares were getting long toes!  Everyone did well, except Woody who's trying to founder again.  I had UCD exam him when they were out, and they said it didn't appear to be Cushings (we had worried about that) as he was shedding well and everything else looked good and he's only 12.  Unfortunately our 38" gelding has horrible feet.  His heel grows at an angle (I believe a gift from his sire that I found out later had sired a few dwarves), and keeping him trimmed and comfortable is getting harder as he ages.


So Woody is confined again unhappily.  I have him babysitting the two weanlings and McLuvin - they all get along great.  Yes Bambam and Binks are officially weaned.  It's so weird to think they're technically yearlings when they're six and four months old and both think they're babies without their moms. They're such good buddies and sleep almost ontop of each other.  Cookie and Remy have finally given up guarding their boys through the fence which is good.  Both are scheduled to be bred next month and I'd like their minds on the next foal not these two.


The mares haven't foaled and are finally getting bags - yeah.  Valentina and Callita look the closest to go first, but Annie and Swan do not look far behind.  I'm just crossing fingers I have four easy foalings with no losses! Three are Topper babies (WCR Top Cop) and one is Demon's (Little King Dream Demon). 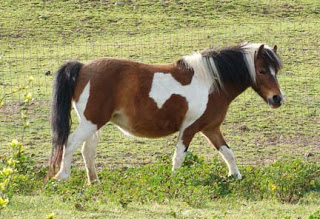 Kathi Donnell, Wards Creek Ranch, was down for a few days to pick up two mares she had to repossess, and sent another on to a new home in So Cal.  So while she was here she twisted my arm and made me actually be productive doing some much needed projects around here, so we decluttered, picked up junk and piles of 'stuff' and filled the garbage trailer and repaired a couple fences.  Look less junkie out front.  Now to get the trees planted and tame my weeds.  I ordered a new wheel trimmer mower, that should make the task easier. But not getting a full night's sleep on mare-stare the past few weeks, I'm a fairly useless zombie during the day.  So I'm trying to spend a couple hours outside cleaning/repairing/improving !


Other news, Dance (Buckeye WCF Dance All Night) arrived this morning with Wayne from Sharrway.  He apparently travels quite well and was babysitting a scared 2 year old filly.  Now that he's here, he's definitely in the mood for love and has been announcing to the mares (and the unhappy stallions) that he's here!  The little stinker promptly decided his quarantine pen was not to his desire and after an hour of fence testing stuck his head under and moved our portable pen about 4 feet.  So, he's screaming up a storm and had Ringo in a full sweat of annoyance.  For 30" Dance definitely thinks he's a big guy!  He definitely needs to be clipped, his Minnesota hair and he was sweaty today.  So Thursday we'll be doing some cleanup on him.


Other news, I had a delightful day up at the Bell's Miniature Horse Ranch with Jen Davis, from Imperial Acres.  We spent the day looking at all the gorgeous horses Val and Jim Bell have, and Jen finally selected a stallion.  It was down to two (one which I'm seriously considering talking Val out of - lol).  So, Jen's new herd sire is here on a visit too.  Bells Hollywood Heartbreaker, a son of Half Measures GM Mega Bucks by Bells Sienna Sunrise.  I really nice cross. Hollywood is a gorgeous bay and OMG can he move!

Jen's keeping it a secret that he's here, but I'm very thrilled with Hollywood, and have my own plans for him... ; )  and have been going through mares that should cross well with this boy.  Sorry Jen! 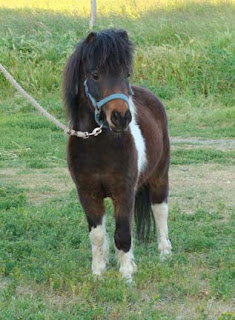 Bells Hollywood Heartbreaker, Imperial Acres
Jen and also came to an agreement, and we're trading mares.  She'll be taking Wesco Farms LM Rowdys Gemini (one of my double bred Rowdy mares) and I'll be getting Wesco Farms Unique Toy4Me back (half sister to Brazen Beauty above).  We're both pleased with the deal and both are likely being bred to Hollywood.  Unique is also half sister to ET and Dresden, but has a lot of color/personality from her sire. 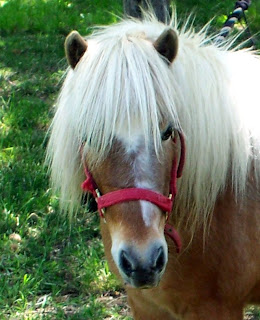 Wesco Farms Unique Toy4Me
The plans for this week are clipping horses (so I see another storm is brewing - figures), and getting some more fencing projects completed.  The two new boys, two geldings (that aren't prepared to be geldings yet), two weanlings, two mares that are on a diet and pregnant mares I feel like musical pens here!  Lots of land but not enough holding areas/paddocks/pens. Another 10 or 15 would be perfect!!!

We did get our website up again, I'll still be tinkering with it in the coming months, but it's up!  I'm still adding info and individual horse pages.  I'm finding many of my mares, I don't have decent photos of at all, so add that to the to-do list.  So, the PLAN is to get everyone decent photos, I won't say good, but at least clipped cleaned up decent ones in the coming two-three months.

That and going through all my horse stuff, figuring what is a keep and what is time to sell it. Twelve years of collecting horse equipment, apparel, my daughter's show clothes and years of lots of magazines, books and videos - time to clean house!


I think a few days of sleeping and I'll be ready for that.
Posted by Unknown No comments: