When you receive a call from a good friend to go look at a horse online.  Even early a.m., pre-coffee, you go look.  I'm so glad I did.

I wasn't 100% sold on him, but contacted the owner and his breeder.  Both have been wonderful and responded quickly with info and pics.-Big thanks to Deanna and Getitia.

I've been horridly paranoid about buying a horse sight unseen, but I think this boy is worth it. 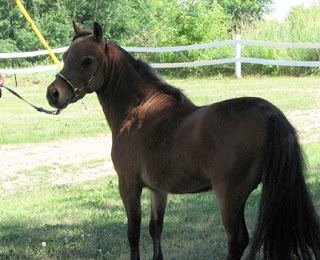 Thanks to PayPal, he's purchased and now I'm working on transport from Minnesota.  Definitely need to get him here before our warm climate shocks him.

Big thanks to Kathi Donnell for finding a Flying W Farms Little Wardance son for me this a.m. and I'm so thrilled. I love that stallion and now I'm going to get to have a son of his here! w0000000t!!!!

Kathi's only bad idea - a road trip to go get him!  HELL NO!  I'm not braving winter traversing the USA to Minnesota!  LOL!

He's had some pro photo's taken, so I'll have a couple better ones in the coming months.
Posted by Unknown No comments:

(THIS EVENT OCCURRED ALREADY BUT A GREAT GROUP IF YOU'RE IN THE SACRAMENTO AREA)
Hello one and all,
We are in the process of a start up of this existing club, Petite Equine Association. We would love to have you as a member.  We are planning an informational clinic on February 5th of 2011 at the Crosswoods Community Center, 6742 Auburn Blvd, Citrus Heights, CA 95621 .  It will be very interesting...AMHA Senior Judge Jim Curry will be the main speaker - "Ask The Judge" along with feeding info, foaling info and more. It will be a mid-day clinic to allow everyone home in time to feed!  - plus please visit our website when convenient.
We plan on having additional events this year such as a driving clinic, grooming clinic and of course our annual "Spooktakular" in October.  We are certainly open for any suggestions you may have on topics of interest.
Please join us it reviving this club.  With your participation we can make it a great learning and fun experience for all miniature horse owners.  You DO NOT have to show or have a registered horse but you must be interested in having fun and meeting other mini owners.  The sharing of ideas is a goal.
Please complete the membership application and/or the clinic entry and either mail it back to the address on the forms along with an email to Barbara Torgerson advising that you will be attending the clinic.  We must obtain a headcount for the clinic as soon as possible
SEE YOU THERE!!!
Merlene Olmstead
Director
Membership Chairperson 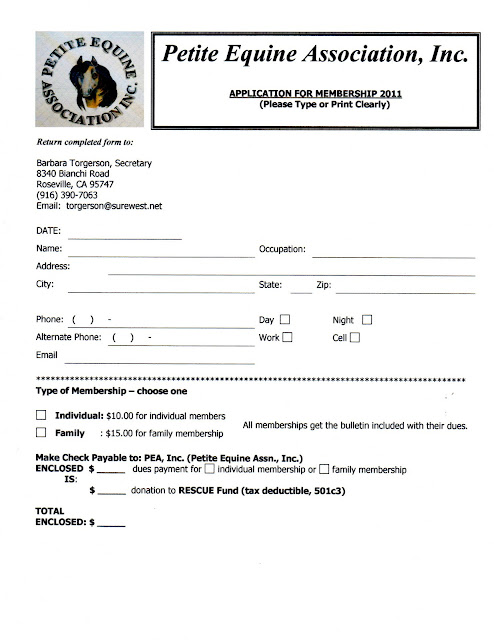 Sat. is private 1 hour lesson at only $100.00 (full). Sunday morning will be a seminar discussing the rules and regulations of both assoc., talk about equipment, clothes, ring manners and prep for the show ring, answer questions. After a potluck lunch, Austin will have everyone hitch up and come into the ring to evaluate your horse whether it is a classic/western, country or single pleasure driving horse. Then we go into driving, with Austin evaluating, answering questions such as what judges look for, or don't want to see in competitors, and critiquing you and your horse. This group participation is only $60.00(a few spots left) and auditing is $25.00. If you had a private lesson on Sat., you may audit for free on Sunday.

Call Lisa at 541-664-4644 days, or 541-210-3403 eves, or email lisa@thehorseblanket.com to reserve an opening and mail a non-refundable deposit to hold your spot. This clinic is filling up fast just by word of mouth so don't hesitate to call, as show season is coming up real soon.
Posted by Unknown No comments:

We've been experiencing unseasonably warm weather - mid to high 60's for over a week now.  And I'm thoroughly enjoying the sun and lack of mud!

I do feel for the rest of the USA seeing the awful snow and ice storms passing through and the resulting damage. I can't imagine having to deal with ice to that degree - did that for a few years when I lived in Indiana - but didn't have horses!

The horses have been keeping me on my toes though, and I am looking for work for them as fence stress testers!  I swear the little @%%^ angels can make holes and gates in about anything!  Last week I had six horses in with the mares/foals pasture, and apparently the hog panel clips that hold cattle/hog panels together hadn't been tested on Mini determination!  So, I let them all out on the hill.  The mares that have been locked up for months (they think they're suffering on an acre or so of pasture) took the babies on a tour.  They're all safely locked up again after a few days of romping on the hills.


Unfortunately two of the rescues we got back a couple of months ago are NOT interested in being locked up!  I had to go find Celena and Baroness, I guess a few years of small pens at the previous owners was enough for them.  I can't entice those two down off the hill even for hay.  Fortunately we do have a season creek that runs through the property, and they seem perfectly content to wander around out there.  I would just like more groceries in Celena, she's still very very thin, although her belly is getting her normal layer of fat on it!


We finally have Leelee separated from Bruiser, much to her dismay. Her almost yearling son, is finally getting weaned - yeah!  She's not happy about it at all, but it's time. At the beginning of March he and Bambam will be moved into a separate pasture waiting for Binks to get old enough to wean. (Did I say NO MORE Fall foals?  I really really mean it!!!)

Ray, one of our first foals and pet gelding, coliced last week. No idea why, but it was two days to get him to pass poop and get the gas out.  You could here the gurgling in his gut of air moving around.  He's still confined in the backyard, but he's deflated and has been fine for a week, so time to go back out!

McLuvin, escape artist extraordinaire, was out in the orchard yesterday grazing away on knee high grass.  He'd made a McLuvin size hole in the fence and was having a private party.  Fence being refabriced this week, to McLuvin proof it.  He's on my short list to get into UCD for gelding.  Fortunately he's easy to catch as he's so people oriented.  You call him and he'll come, plus like his mom, grab a handful of mane and he'll walk along like a perfect gentleman.


The farrier is out Wednesday, so hopefully I can finally get registration photos done of Topper.  We're mud free, he's wooly but at least we can see his markings without the mud color adding to the fun.


That was last weeks fun - lol!  It's never dull....
Posted by ziboo No comments: