Celena is one of the Minis we "got back" two years ago from a person that well, there are words for people like that, but I'll try to keep in PG.

Two years ago, Celena had disintegrated frogs, thrush so bad her hooves bled (you could smell it from 10 feet away) and close to a one on the Body Scale chart.  Celena before leaving our place had been weighed at UC Davis and came in at 350 lbs., on their scale.  Too see this was heartbreaking. 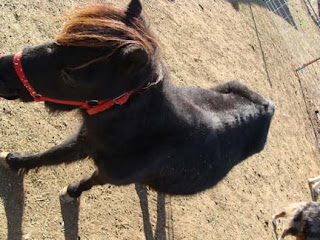 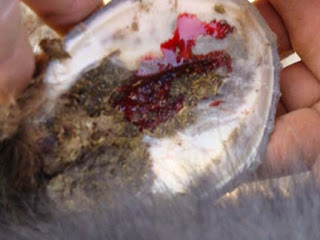 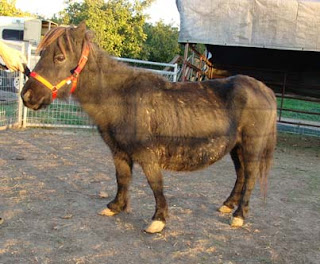 Fortunately she's a tough old Mini, and recovered completely from years of neglect.  Here she is today at age 20 enjoying her retirement with the other old ladies. 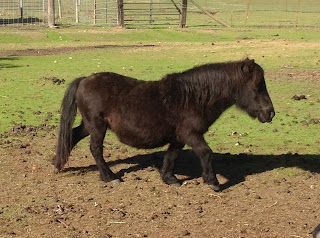 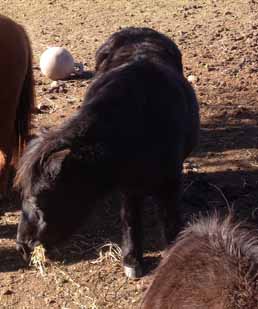 I'm off track again on keeping up on this blog, but life has been busy, so I do apologize.

Part of being busy has been successfully reducing our herd down from the 54 we started with in December 2011 to 33 as of today (November 7th).

We were a bit lower but unexpectedly added a new stallion (Fallen Ash Scouts Oscar "Oz")and two new mares (Half Measures B&W "Bea" and Half Measures Lord of the Dance "Dani" upping our pinto quotient by two black and one buckskin pinto!  We also hadn't anticipated but happily took back one mare because of the new owners real life issues. 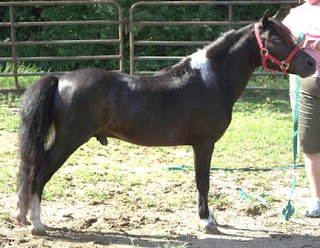 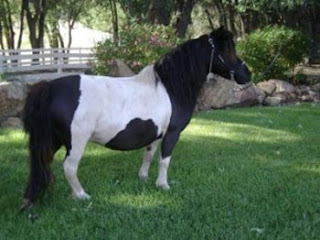 Half Measures Lord of the Dance "Dani" 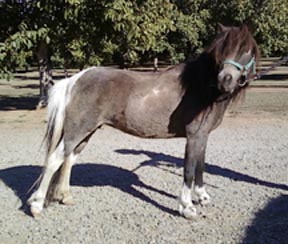 Dani's a little thin in this pic but has put on weight here.


We did lose one mare to colic (April) which was traumatic in early July.  Two others, Mardi Gras and Lalique, went into a permanent retirement situation as they are ones we'd taken back from awful situations but neither has the temperament for pet homes.

We're keeping fingers and toes crossed that all the rest are in great places.  You know the kind of  homes we hope for - as in lifer, we love this Mini so much we won't dump it in a couple years and will give it great care -  type homes.  It has been hard letting some of them go (two of them are still here - Jamaica and Vanna - which is going to be hard to have them leave, but they're going to an awesome place in the next few months.

We didn't breed for 2014, but Ringo did have a night out, so we're wondering if we'll have some blue roan or black (the only colors he seems to sire) in April - hoping not, but the stud reports are being filed just in case. 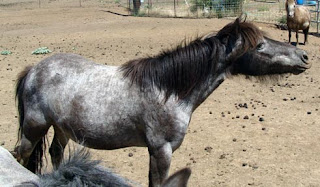 Woody, one of our first Minis is off rehabbing with a kind friend, Veneta, as we've been fighting founder with him for two years, and she has a better setup to deal with him at this time and a farrier that is literally a phone call away.  Our farrier, Tomas, is great, but he lives at a distance so is only out about once a month.  We're hoping for Woody to turn around in the next couple months and be able to come home.  We'll just have to keep him off spring grass and monitor his time out. The last report from Veneta's farrier was he was doing well and wouldn't need to be trimmed for five weeks.  We were assuming 2-3 weeks, so great news.

We've also (as I think I'm nuts at times!) added a couple of new varieties of chickens and a flock (only six) of guineas to the mix here.  The new chickens are beatiful and the guineas well - they're guineas!  Chicken Little should have been called Guinea Little - they constantly think the sky is falling! 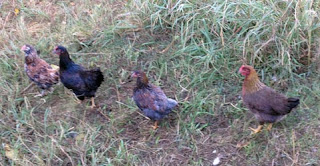 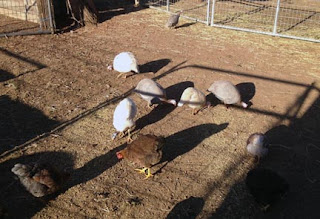 That's all for this update, I'll try to be more regular about posting, but life is so busy as of late there just isn't enough time!