It's been awhile.  My good intentions to blog weekly seem to slide into every month then six months!  ACK!!!

I've been tasked with starting to blog again, so I'm going start 2016 with better intention (and a reminder on the phone!).  Soooo, early Happy 2016! Hope it's an excellent one for everyone!

Horses
I was hoping to be down to 30 Minis before 2016, and fell short there.  We're at 35 as of today (technically 37 as we have two here, one boarding/one hasn't returned home yet).  So, not quite as low as we wanted, but getting there.

We're happy with the herd in general, just would love a few less to care for on daily basis.

Two mares that we had sold years ago came back home, under different circumstances.  Bonnie was voluntarily give up to Angels For Minis.  I was lucky to be able to track down the people that had bought her from me, so got her paperwork straightened out. 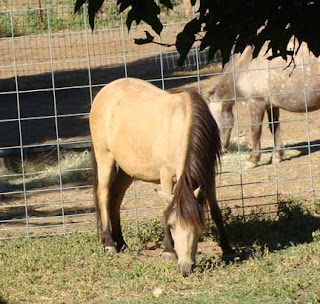 Surprise was fortunately removed from awful situation (thanks Nola!), and we were allowed to bring her back home.  Nola gave her quite a bit of TLC, so she was in great condition when we got her. 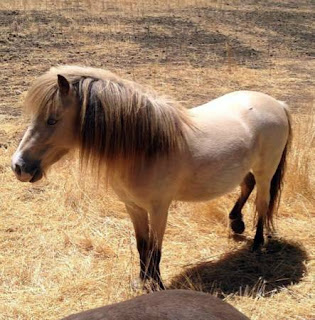 Wesco Farms While U Were Sleeping FF


Ringo arguing with another stallion stuck his leg through a fence and came up lame.  He was 'rested' or as well as he can impersonate resting for a month and seems to be back to his normal self.  We were hoping to get him in training for driving in 2016, but that may be shelved for a few months more.  Now that we've sold all his foals, except Rocky, we're debating on breeding him in 2016.  I'd love another Blessings just A size. 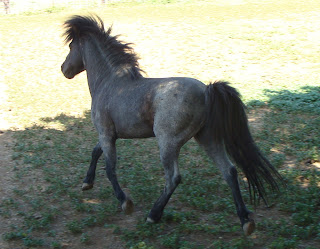 Woody our chronic founder boy is doing okay.  He's not getting worse and actually doing well most days.  The last time he was doing this good he broke into the chicken pen and pigged out on their feed to the point he pretty much lay down for two days.  Silly boy.  He's his own worst enemy.  Comet has been keeping him company, she seems to randomly have issues with our lush pastures (which is a total joke for those that have been here!!!  How they founder this past year on the scrubby crap growing is beyond me!). 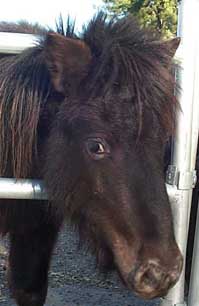 Woody at six months back in 1999. Just starting to show his appy-ness.  I thought I'd bought a black colt.....


It does look like a few of the mares are rounding up for April foals.  Remy, Diva, Baybee and Annie look like 100% chance of being pregnant.  Swan, Sarah and Dani don't.  As we sold three mares bred to Oz (Fallen Ash Scouts Oscar), we figure that will be the three pinto fillies and we'll get three-four black colts!  At least that seems to be the general rule here.

Ranch
We've torn up a few runs and fencing projects are underway which will likely take a few months (help is coming in April to kick it in to gear!).  The goal is to have it easier to get around here when people are out and also for us at feeding time.

This involves more work than my aching bones enjoy, so it's slow going.  But coming together.  (We were suppose to be buying fencing today, but cold and looks like rain so blogging!).

One of our cats, Vicki, took his trip over the Rainbow Bridge in March. He had the best personality and was such a cool, fun cat.  We still miss him. 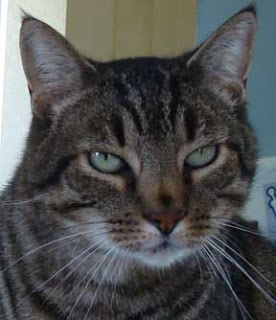 Vickie, Auggie and Odie were the three our Aussie, Sabrina, brought home that we bottle raised back in 2002. 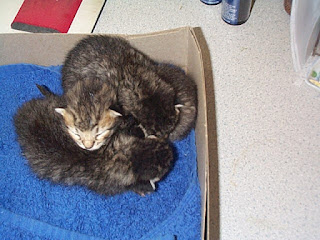 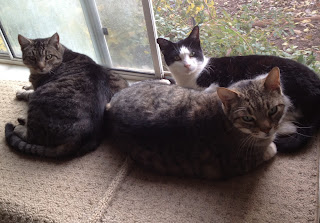 Thirteen years later, Odie and Auggie are still here, along with Howie (black and white) cruising along at 16ish. We do have a new throw-away cat someone dumped living in the hay barn. Cut muted grey with white feet (but I don't need another cat!!!).  So we've feeding it iin the hay barn, hoping it will enjoy life there and keep mice under control.  He/she has been over here a few times, but I really don't need another lifer pet in the house!  We lost another of the llamas in the fall too, leaving us with Premierah and Blanca. We're also down to three chickens - Superpeep will outlive them all - and the three peacocks - Fabio with his wives Chloe and Zoey.

Speaking of peacocks, we found our Chloe and Zoey are both excellent moms!  One of them (we can't honestly tell them apart) had two clutches of babies.  One we let her keep for about a week.  We're thinking if either have peachicks this year, we're going to let them raise them.  I'm very very cool with them having ZERO.  If I want to breed peacocks I'd rather have some of the exotic

The humans are doing well, getting older and feeling it at times, but doing well! Scott's off working, so busy busy boy.  Anya was home from college at Christmas.  She's turning out to be quite the young lady.  Very very proud of her. 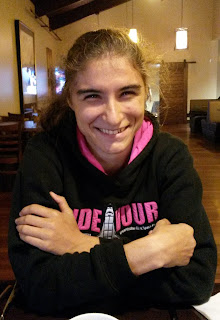 As for me.  I'm still plugging along.  Some days the coffee seems to kick in and it's a whirlwind of activity.  Others not so much!