Took the camera out while feeding and snapped a few photos.  Nothing special, and not very good.  I don't think all the photography lessons in the world could make me into a photographer! 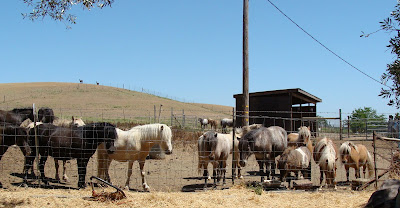 This is what greets us at the fence in the morning, our patient herd of horses.  They're very 'intune' when we'll actually feed them as the time varies depending on the time of year. Winter we wait until it's not freezing cold so usually 10-11 a.m., summer we feed before the head, so usually 6-9 a.m.  They monitor the movement in the house and around the yard from the hills which overlook our house. 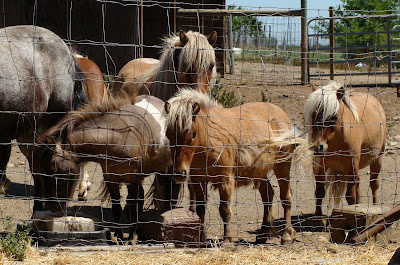 A close up of the munchkin squad - April, Vanna, and Jamaica (Sarah, April's dam is behind her) and Woody's big ol' 37.50" roany-appy butt is on the left.  Jamaica, her daughter Vanna and niece April are all under 28" (close to 27" on Vanna and April). 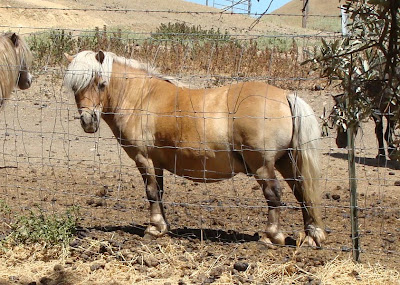 What I DON'T want to see when I go out to feed.  Butcher-fat Ray!  He's going in the fat pasture for awhile before he ends up foundering.  Ray is very old style Mini as was his sire (but he's one of our gaga pets, and we love him). Right now he's a good 50-75lbs overweight which doesn't help that he always has a huge girth and the fact he's right under 30". 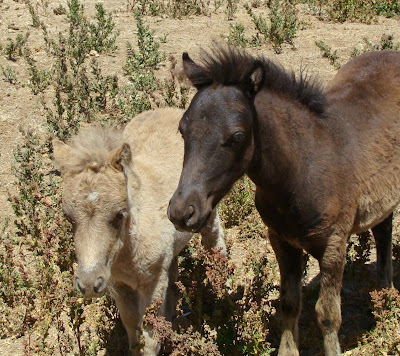 A close up of Bruiser and Rose.  Bad camera angle, as hanging over the fence to photo is a huge no-no. Rose is going to favor her sire, Rohan in structure/looks as she has nothing of Chiclet about her.  Bruiser has a wonderful length of neck and is put together really nicely. 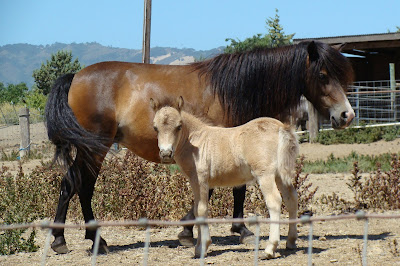 Yes, I finally snapped a couple of photos of Fifa today (Wesco Farms World Cup Special) Here with his dam Baybee.  Below is a close up of his head. 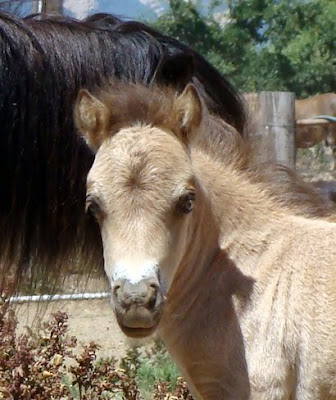 He does have blue eyes, and we're waiting to see if the white around his nose is going to stay or not.  Baybee looks like her's has been dipped in milk, and I still wish I'd called her Got Milk - lol! 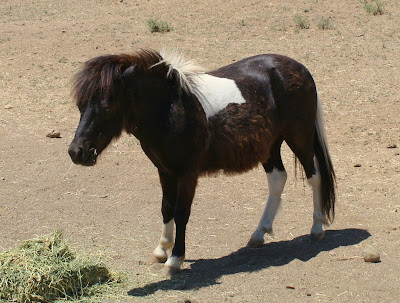 Zydeco, one of the yearlings, still hasn't lost his belly hair, but then neither have his sisters Vanna & April.  He's taller than both of them close to 29.50", and doing really well.
Posted by Wesco Farms